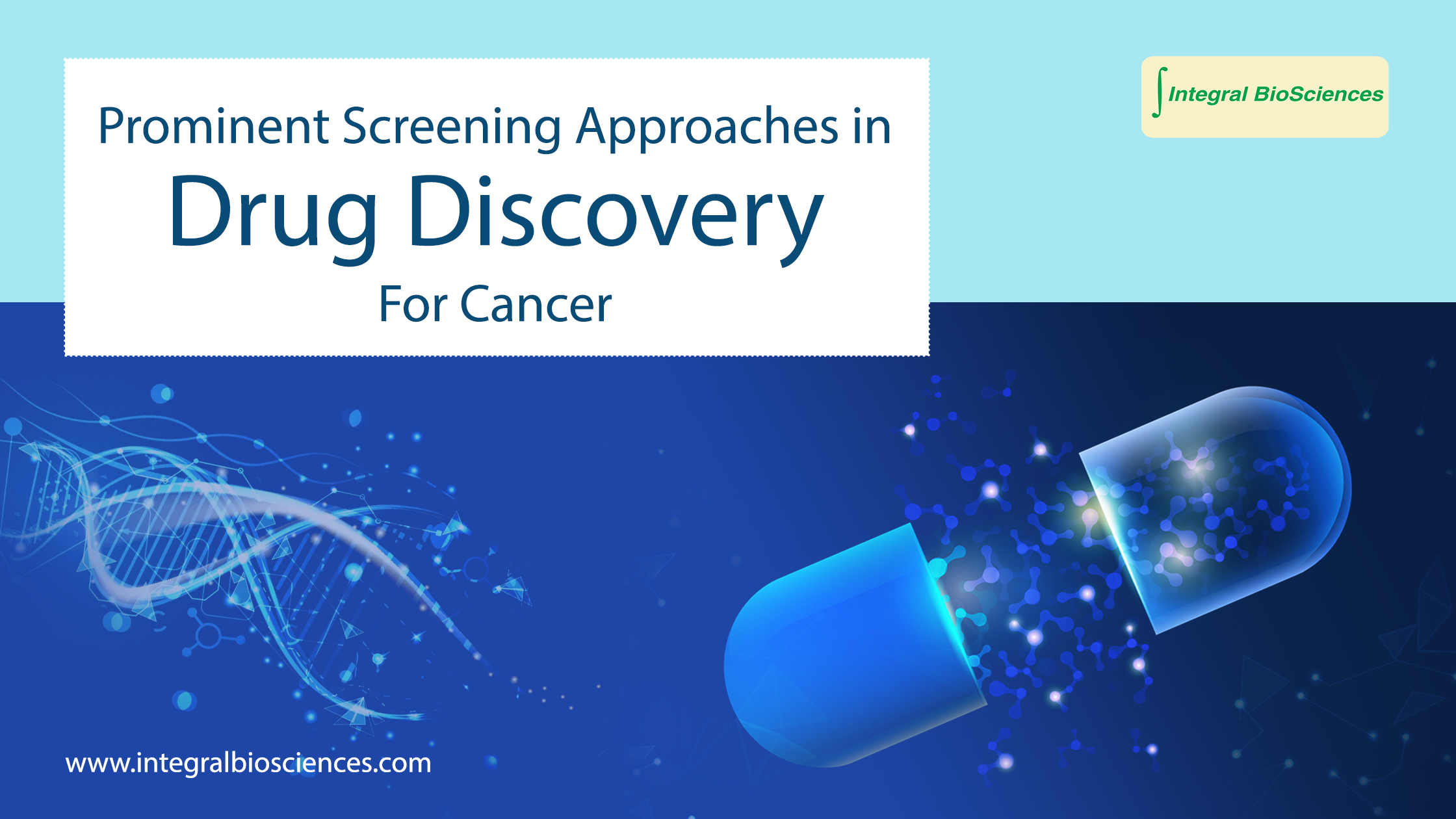 What are the Prominent Screening Approaches in Drug Discovery for Cancer

Cancer is not just a name of a disease but a broad term for several diseases that affect various parts of the body distinctively such as lungs, liver, breast, brain, blood and stomach. It is quite a serious disease that is caused when cells in a certain tissue or organ of the body start abnormally and uncontrollably. The transformation of normal cells into tumour cells is a multistage process that involves continual unregulated proliferation of the cells, ultimately killing the normal cells that often leads to death. The tumour growth is prone to spread easily into neighbouring tissues and organs.

Cancer is counted as one of the leading causes of death worldwide, responsible for nearly 10 million deaths in 2020. Subsequently, the need for new and more efficient anticancer drugs with less toxicity has increased and that urge has led to remarkable growth in efforts of drug discovery for oncology. Drug discovery CROs are seeking new as well as exploring the available opportunities in immuno-oncology along with synthetic compounds libraries to address these needs.

Drug discovery for cancer can be categorised into the following two categories.

Let us elaborate on these major approaches for drug discovery oncology services by CROs.

Phenotypic is one of the most widely used approaches in cancer research due to the lack of a proper target in most cancer types and significant development in cell culture techniques. The research on oncology drug development for anticancer leads according to this approach primarily depends on the in vitro assessment of anticancer activity. Usually, the established cell lines of corresponding types of cancer are used to carry out HTS assays.

For certain cancer types like pancreatic cancer, the subpopulation of cancer stem cells (CSC) gets enhanced. Since CSCs are found to be resistant to common chemotherapeutic drugs, they often cause tumour recurrence and are called tumour-initiating cells. These cells showcase many characteristics like normal stem cells and also exhibit unique features. Their metastasis ability and the ability to remain in a quiescent state protect them from chemotherapeutic drugs. Nowadays, CROs working on oncology drug discovery services find the use of CSCs in anticancer screening as one of the most appropriate phenotypic approaches.

Stained Viable Cells Assay: A simple method to assess the adherence of cells is the staining of respective cells with crystal violet, neutral red and sulforhodamine B dyes.

Dye Exclusion Assay:  The number of viable cells after exposure to a drug compound can be determined by dye exclusion methods. These methods leverage the integrity of the cell membrane, responsible for the exclusion of dyes like trypan blue, eosin or propidium iodide in live cells whereas dead cells uptake the dye.

Methods Based on Metabolic Activity: There are three common cytotoxicity based assay methods for oncology drug discovery services that rely on the metabolic activity of cell lines.

Protease Viability Marker Assay: Various enzymes are found in mammalian cells, such as lipases, nucleases and proteases. Proteases are usually present inside the cell and are active while the cell is viable. There are two distinct approaches practised by drug discovery oncology service providers to use it as a biomarker to measure cell viability.

Clonogenic Cell Survival Assay: A cell is considered clonogenic if it proliferates indefinitely to form a clone or colony. If a cell forms a colony with such a drastic rate that is visible even with the naked eye that means that it has maintained its capacity to proliferate. The rate of reproductivity can be correlated with the antitumor aspects of drug compounds through the dose-survival curve.

DNA Synthesis Cell Proliferation Assay: The reduction or absence of cell proliferation indicates the toxic effect of a drug compound on a cell population, thus, facilitating the testing of new anticancer molecules. Measurement of DNA synthesised in the presence of a label is a preferred proliferation assay by CROs dealing in oncology and immuno-oncology drug development. Proliferating cells accommodate the radioactive label into their newly synthesized DNA which is detected and measured through a scintillation counter.

Integral Biosciences is a new generation global contract research organisation (CRO), renowned for delivering high-quality oncology & immuno-oncology drug discovery services on budget and time while being aligned with the objectives of the respective clients. IBS is committed to bringing you advanced drugs and breakthroughs in anticancer medicines. Connect with our oncology experts today to get fast, agile, and adaptive solution-oriented services to achieve your drug discovery goals.