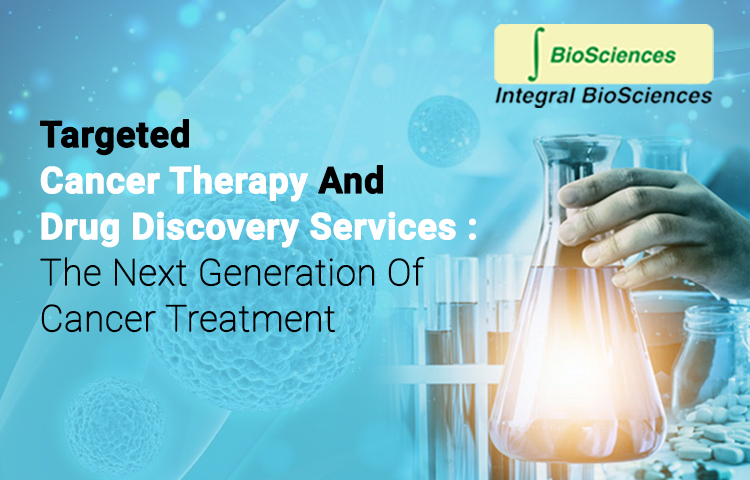 Targeted Cancer Therapy And Drug Discovery Services : The Next Generation Of Cancer Treatment

The World Health Organization lists cancer as the second leading cause of death across the globe. Drug discovery services consider oncology as one of the most prominent areas for new research. The human body grows new cells or allows existing cells to divide and form new ones as per its requirements. But sometimes this process can veer off the right path. The body starts creating new cells even when it does not need them or old cells do not die when they should. This leads to the formation of a tissue mass that can mutate into a tumor. The errant cells in malignant tumors do not necessarily follow an order while multiplying. Sometimes, they spread to other parts, from the organ where they originated.

Researchers are continuously exploring new treatments to address this abnormal growth effectively. Targeted cancer therapy is an approach that has evolved over the last few decades and can now be considered as an effective treatment method. Let’s dive into the topic to learn more about this therapeutic method.

What Is Targeted Cancer Therapy?

It will be pertinent to note that targeted cancer therapies are different from chemotherapy. As mentioned before, the former act upon specific molecular targets that play a pivotal role in the development of a cancer. A standard chemotherapy treatment, on the other hand, targets all rapidly multiplying cancerous as well as healthy cells. Experts at drug discovery services say that targeted treatments are specifically designed to interact with the targets. But chemotherapies are chosen because of their ability to kill cells. Another point of difference between the two treatment methodologies is that chemotherapies are cytotoxic irrespective of the tissue type which means that they kill cells while targeted therapies are mostly selective towards specific cancer types and mutation and hence more safe and effective.

How Does Targeted Cancer Therapy Work?

We mentioned that the targeted approach to cancer therapy involves targeting specific genes or proteins that support the abnormal growth of cells. But what exactly does a therapeutic do to treat a cancer? A drug used in the therapy can alter the proteins within the cancer cells in such a way that they die. It can also block chemical signals that tell cancer cells to proliferate. A medication used in this therapy approach can trigger the human body’s immune system to kill the disease-causing cells. It can also stop the formation of new blood vessels and cut the blood supply to cancer cells. Researchers at integrated drug discovery services working on targeted cancer therapies say that such medications can also carry toxins to the cancer cells to eliminate them without harming normal cells.

How Do Drug Discovery Services Identify A Target For Targeted Cancer Therapy?

The development of a targeted therapeutic requires the identification of a suitable target. Researchers working with a drug discovery incubator identify specific genes or pathways  that are supporting the abnormal growth of cells in a certain tumor type. The target can be a protein present in an abnormally high volume in a cancer cell. A widely-used method to determine a target is to compare the amounts of individual proteins in cancer cells with those in normal ones. For example, the human epidermal growth factor receptor 2 protein (HER-2) is found in large amounts on the surface of some cancer cells. This has helped in the development of medication for treating stomach cancer types that overexpress HER-2.

The target can also be a type of protein that is absent in normal cells. Integrated drug discovery services can also choose a protein that has undergone a mutation in a cancer cell, as the target. BRAF is a cell growth signaling protein whose mutated form, BRAF V600E is detected in some melanomas. Medications have been created to target the altered BRAF protein that is found in some metastatic or inoperable melanoma.

How Do Drug Development Services Develop A Targeted Therapy?

A targeted therapy is developed depending on the nature of the identified target. Most of the targeted therapies are either monoclonal antibodies or small-molecule drugs. Monoclonal antibodies are used for blocking a specific target on the outside of cancer cells. These are developed by injecting animals with purified target proteins. This causes the development of different types of antibodies against the target within the animals’ bodies. Researchers at drug discovery services then test the antibodies to find the ones that bind the best to the target without binding to other proteins. The chosen antibodies are then humanized by replacing the animal antibody molecule with corresponding parts in human antibodies.

Small molecule drugs enter a cancer cell, target a specific enzyme/ receptor/ growth factor present inside, and block it. Integrated drug discovery services use high-throughput screening along with molecular modeling to identify candidate small molecule inhibitors. The identified lead compound is chemically altered to create its numerous variants which are then tested to identify the most effective one. Research agencies also ensure that the identified lead compound has a minimum impact on the non-targeted pathways.

What Are The Different Types Of Targeted Therapy?

Here are a few targeted therapies that have been approved for use.

A tumor cell needs sufficient blood supply to perform key cellular functions. Angiogenesis inhibitors block the growth of new blood vessels to tumor cells. This can have a detrimental effect on the growth of the cancer cells.

The development of protein kinase inhibitors is one of the major advances in targeted cancer therapy. Phosphorylation and dephosphorylation of proteins is continuously happening in our cells. Kinases support phosphorylation and any aberration in their behavior affects normal cell function. Kinase deregulation is known to be associated with various human malignancies. Experts at a leading drug discovery incubator say that inhibitors retard the proliferation of cancerous cells, thereby helping in curing the disease.

Signal transduction is the process by which a cell reacts to signals from its environment. Drug discovery services have helped build signal transduction inhibitors to block the activities of the molecules taking part in this process. In some cancer types, the malignant cells are stimulated to proliferate continuously without any inducement for external growth factors. The inhibitors interfere with this abnormal signaling function to stop the proliferation.

Agencies like a drug discovery incubator have assisted in the creation of monoclonal antibodies that identify a toxic cell and deliver a toxic molecule to it. The toxin kills the cell without affecting cells that do not contain the specific target.

A targeted immunotherapy agent binds to the target and triggers the immune system to kill the cancer cells. Most such agents are monoclonal antibodies that identify the target on the surface of the cancer cells and cause their immune destruction.

Are Targeted Cancer Therapies The Future Of Cancer Treatment?

Targeted cancer therapies can be expected to become the next-generation treatments for this deadly disease. Since the therapeutics target only the cancer cells with minimal to no effect on non-target cells, these therapies can have lesser side-effects than conventional treatments like chemotherapy. Experts at reputed integrated drug discovery services say that the less toxicity of the approach makes it ideal for patients with poor performance status who cannot be considered for cytotoxic treatment.

Integral BioSciences is a leading drug discovery incubator doing notable work in oncology drug discovery. The contract research organization in India has significant expertise in studying FDA-approved and experimental targeted therapies for different cancer types in pre-clinical trials. IBS adheres to all the established guidelines and norms while delivering efficient drug discovery services to reputed pharmaceutical companies and other organizations.