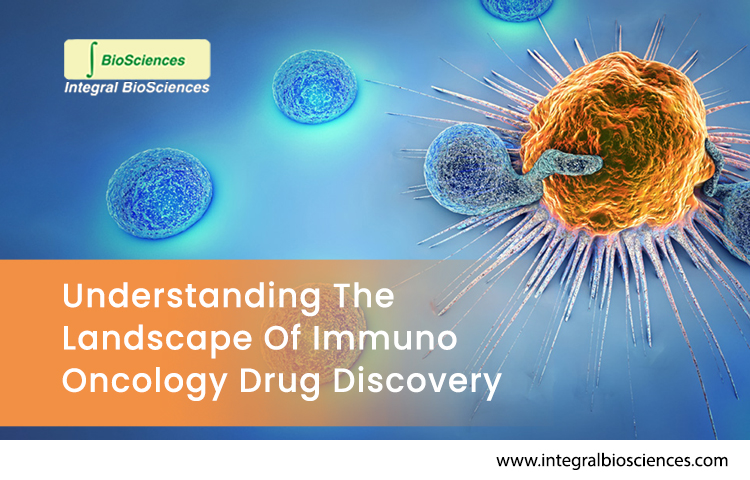 Cancer drugs that target gene abnormalities in tumours are one of the major preferences for CROs involved in drug discovery for oncology since the last few decades. Along with this approach, oncology oriented drug designing experts are also focusing on searching for molecular drivers of cancer and developing drugs to prevent them.

There has been a promising trend observed in oncology clinical pharmacology as the quest for new targeted cancer drugs not only consolidates the hopes for patients fighting cancer; it’s also creating more possibilities for pharmaceutical companies to yield benefit from the next wave of targeted oncology treatments.

Until recent times, cancer treatments were mainly of four types as mentioned below.

Lately, immuno-oncology (IO) has been raising interest as a novel and important approach to cancer treatment. This approach looks to cancer treatment by the stimulation of the body’s own immune system to annihilate cancer cells. This method has propelled drug discovery for oncology and is rapidly developing. While there is a significant number of oncology drugs in development, there have been several accelerated approvals given by the US FDA as well as European Medicines Agency just in the last couple of years.

In oncology clinical pharmacology, immune checkpoint inhibitors have been given promising results across multiple malignancies. This is the most vigorous therapeutic class of IO agents till now. Immuno oncology experts have developed Biomarker testing for the programmed death-ligand 1 (PD-L1) checkpoint target. It has been made mandatory before treatment with atezolizumab for urothelial carcinoma and also before treatment with pembrolizumab for non-small-cell lung carcinoma, cervical cancer, head and neck squamous cell carcinoma and gastric cancer.

For checkpoint inhibition therapy for other tumour types, the relevance of PD-L1 expression is still to be established strongly through preclinical drug development oncology. However, combining IO agents with conventional therapies has been evaluated on the different points of the oncology drug development timeline as it has shown significant improvements in patients.

Although IO agents are empowering the paradigm shift for people with cancer, still there are numerous hurdles to be crossed. Experts working on drug discovery for oncology have to find the optimal answers regarding managing their toxicities and taming the significantly high cost of these therapies so that healthcare systems can afford them. Meanwhile, a number of oncology drugs are in development including chimeric antigen receptor T-cell therapies and cancer vaccines. Both of these drugs have shown encouraging results, especially when it comes to their toxicity and cost-efficiency.

Most biopharma companies dealing in drug discovery services and projects for oncology are focusing on improving upon the targeting of well-established immune checkpoints like PD-1. CROs working on oncology clinical pharmacology are looking for molecules that brakes on the immune system as well as prompt T cells to attack cancer cells. Currently, drugs that block the checkpoint CTLA-4 are dominating the market. Biopharma companies are looking for new choices for the anti-CTLA market and most of them are in the preclinical drug development oncology stage.

What Is In The Pipeline of Targeted Cancer Drugs?

There are several approaches going on at the different phases of the oncology drug development timeline distinctively. Among them, three drug categories are in the pipeline of targeted cancer drugs and gradually pushing drug discovery for oncology ahead. Let us have a brief look at the functioning of those three dominating drug categories.

1. The first category of such drugs comprises those compounds that block cancer-causing enzymes, known as tyrosine kinases. These drugs were the major focus of attention for oncology drug discovery experts during the early 2000s and are still the subject of oncology clinical pharmacology.

2. The second category of drugs was needed to be developed to tackle such cancers that initially respond to tyrosine kinase inhibitors but later evolved to negate their effect. A whole new class of targeted cancer drugs designed to combat cancer showing such drug resistance.

3. The third category includes medicines that ramp up the immune system’s ability to recognize and fight cancer. This is a rapidly growing category and has many of them still in the preclinical drug development oncology phase.

Quest of New Targets For Cancer

According to Informa UK, the number of immuno-oncology treatments in development has jumped over 15% within the last couple of years whereas non-immunological targets rose around 3%. A big fraction of biopharma companies leading the way were seeking target agents for breast, lung and colorectal cancers. The major reason that propelling this encouraging pace of targeted oncology development is the rising ease and availability of biomarker testing.

One emerging immune target that has caught the attention of immuno-oncology experts is TIGIT. It has been identified as a marker of T-cell exhaustion in liver cancer. It is expressed on lymphocytes and has been found to be interactive with CD155 on tumour cells to suppress cancer-fighting immune cells.

Understanding what’s happening in the tumour microenvironment is going to define the future, claims experts of drug discovery for oncology at Integral Biosciences, a renowned drug discovery CRO in India. When we get to know and understand mechanistically how the immune targets interact with cancer-killing T cells, we really understand the tumour microenvironment and become capable of influencing it.

Another immune target that has drawn the interest of oncology experts is CD47. There has been sufficient evidence that tumoursutilise protein to dodge the effect of immune attacks. But blocking CD47 can lead to dangerous haematological side effects, thus, biopharma companies are seeking the optimal risk-benefit profile with their anti-CD47 drugs.

Among other emerging immune targets, BTN3A is gaining attention since it is over-expressed in many solid tumours and blood cancers. Also, it has been shown to activate certain anti-tumour T cells in response to specific stress signals. After getting encouraging results in preclinical drug development oncology phases, clinical trials of a BTN3A-targeted drug have now started.

The immune system is complicated and there are a huge number of oncology drugs in development. Many of them will emerge as successful and many will meet to error. Immunotherapy is sophisticated but it’s going to stay for long as there are still over 500 immuno-oncology targets being pursued by different biopharma companies and CROs working on oncology based drug discovery projects.

Cancer immunotherapy utilizing blockade of the PD-1/PD-L1 checkpoint has revolutionized the treatment of a wide variety of malignancies, leading to durable therapeutic responses not typically seen with traditional cytotoxic anti-cancer agents. However, these therapies are ineffective in a significant percentage of patients, and some initial responders eventually develop resistance to these therapies with relapsed disease. The mechanisms leading to both primary and acquired resistance to PD-1/PD-L1 inhibition are varied, and can be both multifactorial and overlapping in an individual patient. As the mechanisms of resistance to PD-1/PD-L1 blockade continue to be further characterized, new strategies are being developed to prevent or reverse resistance to therapy, leading to improved patient outcomes.

Integral Biosciences: A CRO With A Difference For Immuno Oncology

Integral Bioscience is a prominent drug discovery CRO dealing with immuno-oncology to fight cancer and other diseases. As a science-driven organisation, IBS aims to make a difference for patients, medical professionals, the healthcare industry and all of our global stakeholders. We leverage our cell-based platforms to discover new drug candidates that address a wide range of cancers and human diseases. Partner with IBS for greater chances of success for your drug discovery goals.