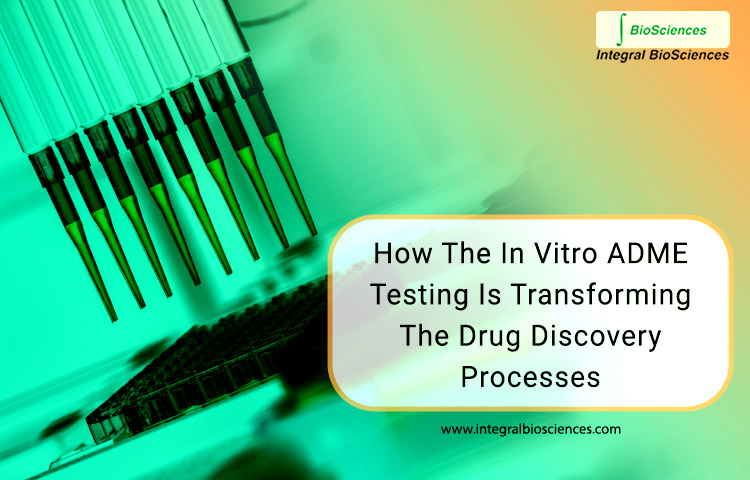 It is a well-known fact that the process of drug discovery remarkably demands capital and time and both. In 2020, Indian Biotechnology was valued at around USD 70 billion and expected to reach the level of USD 150 billion by 2025. The overall amount spent in the biotechnology sector worldwide was USD 753.48 billion and expected to reach around USD 2.44 trillion by 2028.

A big fraction of this amount is spent on R&D for drug discovery initiatives in the pharmaceutical and biotechnology sector. Still, only a small fraction of early-stage drug candidates were able to reach and pass the preclinical evaluation phase.

When a study was done for the assessment of terminated drug designing projects, the primary reasons for such a high rate of failure of drugs in clinical trials were found to be related to either one or more than one of the following factors, that are, pharmacokinetic profiles, absorption, distribution, metabolism and excretion (ADME) properties and inherent toxicity.

Necessity Of Determining The Causes Of Failures Of Therapeutic Candidates Early

Therefore, it becomes crucial to identify such factors that can lead to failure, as early as possible during the drug designing processes. More a drug is allowed to progress through the stages of development, the costlier its failure is going to be for the respective biotechnology company or CRO. A comprehensive approach was needed to determine the chances of failures of a therapeutic candidate as earlier if any way, it’s going to fail eventually.

The medicinal researchers and bioscience experts started to look for ways that can help them in the early determination of drug failures, it would be better if determined before the in vivo phase of drug development. In vitro ADME assays emerged as a reliable choice for such anticipations of the future of the drug candidates.

In recent times, many automated or high throughput in vitro ADME assays are increasingly performed by medicinal researchers on the drug candidates to determine how it would act when introduced to humans. It is enabling the researchers to filter undesirable ones from the promising leads for further processes of drug designing.

Brief Introduction Of In Vitro ADME Assays and ADME Services

The term ‘ADME’ in ADME services stands for absorption, disposition/distribution, metabolism and excretion. By definition it refers to testing techniques to determine how quick a drug compound enters and exist from the human body, i.e; absorption, disposition/distribution, excretion, and what chemical form it takes in the body i.e; metabolism, and whether there is any effect that could cause an adverse clinical event or toxicity, explained In vitro ADME specialist at Integral Biosciences, a renowned drug discovery CRO based in India.

Usually, drug regulators seek in vivo data for approving testing in humans and ADME assay data in the early stages of drug development primarily yields from rodent studies. Such data is limited due to time, expense, ethical concerns involved in animal studies. Thus for better results, there is a scope and need to do more within in vitro models.

A series of the standard test is performed on any drug candidate to assess the effect like:

Many of these assays are done on primary hepatocytes and fractions such as microsomes.

Most of the different ADME methods are manageable via automation. You can decrease error rates and lessen ergonomic injuries, although in some cases you may not be able to attain high throughput. Due to robotic aids, automation also leads to improved efficiency, coordination and reproducibility of data across various research places simultaneously.

In attempts of attaining high throughput, adding the rapid auto sampling platforms and some more relevant technologies have emerged to be successful in dealing with pretty quick and automated bioanalysis as well.

Apart from automation and speed, innovation is also helpful in increasing throughput. In an attempt to achieve more with less, drug discovery services labs are finding ways to incorporate multiple assays. For example, by running a single assay on liver hepatocytes, ADME experts have been looking to yield the data of three assays: toxicity, cytochrome p450 induction and in vitro metabolism at once.

Also, 3D cell culture models with various tissue cell types are seemingly promising. The microfluidic organ-on-a-chip approaches are becoming more mainstream for predictive ADME studies. Such an innovative approach may lead to the future where we may be having a system designed to assay 10 or more things.

Integral Biosciences: A Prominent Destination for In Vitro ADME Services

There are hundreds of drug discovery firms actively dealing with in vitro ADME testing and offering a wide range of services to pharmaceutical and biotechnology companies. Since the drug discovery market landscape is extremely fragmented; offshoring has emerged as a popular trend, along with a growing preference to partner with reliable capabilities.

Integral Biosciences is a prominent drug discovery CRO based in India and having incredible capabilities in ADME services as well as many other aspects of drug designing. With a tremendous team of knowledgeable scientists, IBS has delivered commendable results to clients worldwide. If you are seeking a credible CRO on which you can rely to achieve your drug designing based objectives, then IBS is the answer. Consult IBS now for more information.