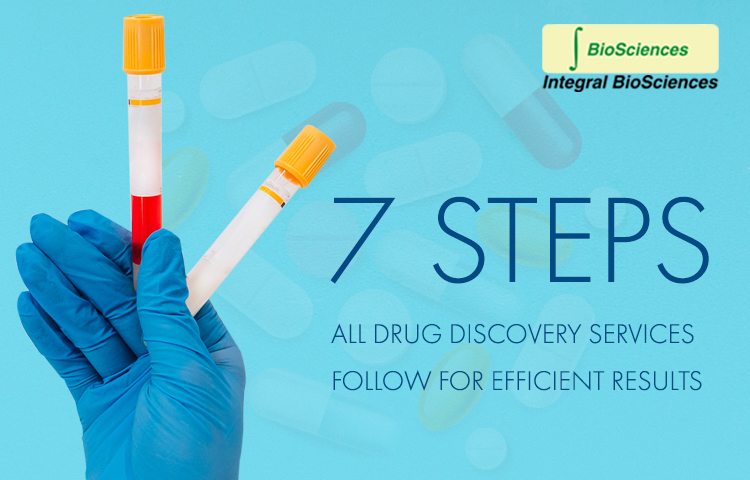 Healthcare systems across the globe require new drugs continuously. Drug discovery services play an important role in enabling the pharmaceutical industry to deliver new and better cures across multiple therapeutic areas. Drug discovery is the process used in medicine, biotechnology, and pharmacology to identify new candidate medications. Earlier medicinal cures were discovered either serendipitously or by determining the active element from traditional remedies. Modern drug discovery is based on the approach to understanding how a disease can be controlled at the molecular and physiological levels. Professionals and organizations involved in drug discovery use this understanding to determine disease-modifying elements (drug targets) that can be used to create remedies.

Here is a brief overview of the process used by drug discovery organizations.

The process begins with target identification. It involves finding a biological drug target whose behavior or function can be altered by a therapeutic. An efficient drug target is relevant to the phenotype of the specific disease for which the remedy is being planned. It must also support therapeutic modulation. Drug discovery consultants in India usually rely on scientific literature and public databases to identify targets that are suitable for the project they have undertaken. They also use other techniques like target deconvolution wherein a drug that seems to be effective is chosen and the target is then determined retrospectively. Other tools such as expression profile, knockdown, knockout of a given target can also be used to understand it’s role in a given disease. In a different approach, a target is identified followed by the screening of compound to find a drug that attaches itself to the target and produces the desired effect (phenotypic screening).

A target has to be validated before the process can be taken to the next stage. Target validation is the process of establishing that when bound with a drug, the target can produce therapeutic benefits. The final target validation approach will depend upon the particular therapeutic area for which the drug discovery services company is conducting the process. But some general procedures such as disease association, preclinical evidence in key cell models, and preclinical evidence in intact systems have to be conducted. There are two main steps in the target validation. The first is to understand whether a genetic modulation of the biological target would result in an impact on the disease. This can be done either in a cell-based setting or in an animal-based, which helps one to understand the potential efficacy and toxicity associated with those. The second is to identify a tool compound (either antagonist or agonist) to modify the target and to further validate this process. These experiments would allow a team to identify novel druggable biological drug targets, which can be taken forward into the drug discovery process

The hit identification process follows target identification and validation. In it, molecules known as hits are identified that can bind to the target and modify its function. By this time, the team should be ready with a high throughput validated assay (biochemical or functional) for the given target. The project can progress at a quicker speed if the starting hits are of high quality. A range of screening techniques is used for hit identification. Drug discovery consulting services use the High Throughput Screening (HTS) method in which the screening of the entire compound library is conducted directly against the target. Professionals access client libraries or commercial libraries to complete the screening. Virtual screening is another technique used for hit identification. It is a set of computational methods that help in searching libraries of small molecules and identify the structures that can bind to a drug target. Fragment screening is another technique that is used for hit identification by drug discovery CRO. Drug discovery services use secondary assays and confirm on-target and selectivity in the hit validation stage. This is important for initiating the next phase of the process. Generating multiple hits using different techniques, would allow the discovery team to have a complementary approach in drug hunting.

Hit expansion follows the hit confirmation phase. Based on their characteristics, several compound series are chosen for further exploration. A drug discovery incubator will look for compound clusters that have a high affinity to the selected targets and selectivity against the other targets. The ideal compound series will have high efficacy in a cellular assay. Suitable compound clusters possess low to moderate binding levels to human serum albumin. They have metabolic and chemical stability besides being highly soluble in water. Another important point that drug discovery organizations consider is whether the compound series can be patented or not.

5. Moving From Hit To Lead With Hit Confirmation

In the hit to lead stage, all the small molecule hits identified and validated in the previous phase are evaluated. The objective is to conduct optimization on a limited scale so that promising lead compounds can be identified. The phase begins with the initial screening hits being evaluated and confirmed. A variety of methods are used for hit confirmation. Confirmatory testing is done by re-testing the compounds that were found active against the selected target. The re-testing is done using the same assay conditions used during the hit identification phase. This is done to ensure that the activity can be reproduced. In orthogonal testing, confirmed hits are assayed using a different assay. Drug discovery service providers usually select an assay that is nearer to the physiological condition being targeted. The compound is tested over various concentration ranges in the dose-response curve method to identify the concentration resulting in half-maximal binding.

The objective of the lead optimization stage is to refine the lead compounds with more drug-like properties. Drug discovery chemists in India and elsewhere try to maintain the desired physicochemical characteristics of the compounds while improving their potency. Organizations usually build a team with professionals possessing expertise in medicinal chemistry research, computational chemistry, drug metabolism, in-vivo pharmacology, toxicology, and other areas. They try to reduce possible deficiencies in their structures and off-target activities. This is done by chemically modifying the hit structure. The modifications are selected on the basis of the structure-activity relationship (SAR) and structure-based design if structural information about the target is available. This is vital for ensuring that the compounds do not cause any serious side-effects and metabolize in the right area of the human body. Pharmacokinetics is an important parameter which decides the safe and efficacious dose of a given drug. Pre-clinical disease model testing in rodents will help the team to identify and improve these properties and decide upon the optimal route of administration.

To ensure that a safe and effective compound can be sent for preclinical and clinical trials, the late lead optimization phase is conducted. In this phase of the drug discovery program, the pharmacological safety of the lead compound if further evaluated. Failing to conduct this step can cause issues related to efficacy, safety, and pharmacokinetics. The phase helps in eliminating toxic leads and selecting the one with the best safety profile.

Once cleared of these studies, the project is ready for an Investigational New Drug application (IND) for further clinical evaluation.